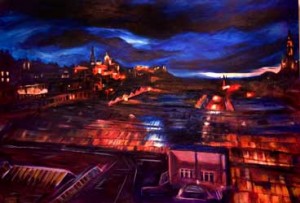 I haven’t formally introduced the completed painting above.  I had previously posted in progress shots.   If you happened to be at the Art Crawl you may have seen it in person in the Atrium.  The majority of paintings I was showing were of St Paul MN, and a few of Central Wisconsin.  This particular piece, one of the largest pieces I’ve completed depicts wandering arcross North Bridge in Edinburgh looking out of the sea or glass that is Waverly Station.   According to a little Internet Research, the station opened on the 17 May 1847.  It is situated between the Old town and the New town in the valley below the Edinburgh Castle, and several Cathedral Steeples. 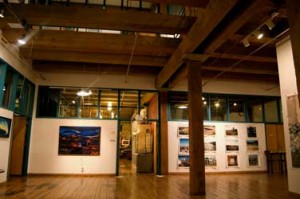 No Responses to “Waverly from North Bridge”